The increasing demand for foldable smartphones is being driven by consumers demand for larger screens coupled with the ability of a transformable pocket size device. Increased multi-media functions overcome the physical restrictions of non-foldable phones and 5 G roll out, too is playing a part in the desire for that very function; in turn foldable smartphones are providing stimulus to the smart phone market. Don’t expect Apple to lay dormant in the market for long. Let’s digest clues of Apple foldable smartphone developments. Read until the end to get to the core of the speculation.

What ever the tipsters speculate and some of it should be reliable if you follow suggestions made from the likes of Analyst Min-Chi Kuo, real empirical clues and intentions of future models can be guaged by patents lodged and Apple has been busy in lodging foldable phone patents. According to J.P.Morgan Apple, ‘does not introduce test models’ so they may wait for ‘out-fold’ or ‘S-fold’ technology to become ready.

While the above simple sketch is not a patent of Apple a 2018 patent shows a scaled down version with a notification bar not dis-similiar to Samsung’s Fold range. The below patent adds clues to the very fact that Apple has been preparing to launch a foldable smartphone since at least 2018 but in typical Apple style its unlikely they’ll launch until they can be sure they’ve produced a better product than anything currently on the market like when they launched the original iPhone.

What Screen Will Apple’s Foldable Smartphone Have?

for future foldable device’s cover screen & tablet-like applications. The color EPD has the potential to become a mainstream solution for foldable devices’ must-have cover/second screen thanks to its excellent power-saving.

The highly sustainable e-paper offers an attractive improvement for enhanced color, reading and shopping experience for eBooks. However, critics say a night light issue needs to be solved.

J.P. Morgan has stated since 2018 that Apple is moving towards OLED screens Rumours which cannot be wholly trusted is that Aple may even partner with Samsung or LG (LG being more plausible), the latter being experts in folding OLEd screens.

Will Apple’s Foldable Smartphone Have Ports?

Portless foldable smartphones may cause more problems due to the lack of technological advancements of wireless technologies & the immature MagSafe market. however, if tipsters are right and Apple has no intention of launching the new foldable flagship until 2025 a lot can happen in that respect up until that juncture.

How Much Will A Foldable Apple Smartphone Cost?

According to DSCC analyst Ross Young, suuply chains have been in communication with Apple about a pathway to not only a foldable smartphone but also a foldable large tablet. Display Supply Chain Consultants (DSCC) says that Apple are investigation a 20 inch plus foldable tablet which would create a new category for Apple, something we know Apple likes to do. In affect the new device would be a a notebook with a full-size keyboard when folded and for use as a monitor cum tablet when not folded and used with an external keyboard. Such a device would not be launched until 2026-27.

When Will Apple’s Foldable Smartphone Be Launched?

With many facets of the new foldable smartphone offering by Apple still to pass testing many tipsters don’t see a launch date until atleast 2025. One such area that Apple continues to look for are improvements in chips for users which includes its complete transition to custom chips. The company could potentially adopt 2nm process chips for a foldable smartphone and then a foldable tablet from 2025 onwards.

As J.PMorgan stated back in 2018 one thing is clear is that Apple won’t release a new foldable device until they can beat the rest on the market and become the best. Past patents prove they’re taking the task seriously with their ‘S’ shaped patent and many more patents not mentioned on this page. If you marry those factors with the best folding screens which are currently produced by panel leaders LG you can glean clues of the look of the new device. I doubt that any common graphics currently circulating on Youtube and Twitter come close.

If we go back to the summary of what consumers want: ‘Consumers demand for larger screens coupled with the ability of a transformable pocket size device with improved multi media features,’ I would expect Apple to double down on that axiom. Couple that with the best technology and I believe we shouldn’t look too far away from LG’s incredible work in the OLED foldable and bendable screen field. Imagine an Apple device with an unbreakable bending 8 inch screen, which is almost as thin as paper and folds into a diminutive pocket size sandwich. Fiction may not be too far from the truth. 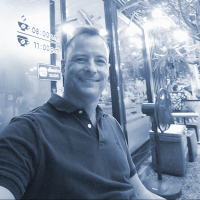 A tech blog enthusiast and author. Learning about tech and writing articles that impart interesting information on Apple is a passion. Please note a large quantity of earlier posts on this site were written by the previous Ukraine owner.

Are you one of the thousands of Apple users who own an iPod? If so,

The Best iPad for Facetime Calls

Talking via the iPad is easier than you may think. The best iPad for facetime

Get The 7 Best Waterproof Cases for

We carry iPads Pros with us wherever we go-on boats, beaches, and even swimming pools,

[ad_1] Based on FCC documentation, it can be assumed that Apple will release a new

All News
1 min read
We use cookies on our website to give you the most relevant experience by remembering your preferences and repeat visits. By clicking “Accept”, you consent to the use of ALL the cookies.
Do not sell my personal information.
Cookie SettingsAccept
Manage consent

This website uses cookies to improve your experience while you navigate through the website. Out of these, the cookies that are categorized as necessary are stored on your browser as they are essential for the working of basic functionalities of the website. We also use third-party cookies that help us analyze and understand how you use this website. These cookies will be stored in your browser only with your consent. You also have the option to opt-out of these cookies. But opting out of some of these cookies may affect your browsing experience.
Necessary Always Enabled
Necessary cookies are absolutely essential for the website to function properly. These cookies ensure basic functionalities and security features of the website, anonymously.
Functional
Functional cookies help to perform certain functionalities like sharing the content of the website on social media platforms, collect feedbacks, and other third-party features.
Performance
Performance cookies are used to understand and analyze the key performance indexes of the website which helps in delivering a better user experience for the visitors.
Analytics
Analytical cookies are used to understand how visitors interact with the website. These cookies help provide information on metrics the number of visitors, bounce rate, traffic source, etc.
Advertisement
Advertisement cookies are used to provide visitors with relevant ads and marketing campaigns. These cookies track visitors across websites and collect information to provide customized ads.
Others
Other uncategorized cookies are those that are being analyzed and have not been classified into a category as yet.
SAVE & ACCEPT
Manage Cookie Consent
To provide the best experiences, we use technologies like cookies to store and/or access device information. Consenting to these technologies will allow us to process data such as browsing behavior or unique IDs on this site. Not consenting or withdrawing consent, may adversely affect certain features and functions.
Manage options Manage services Manage vendors Read more about these purposes
View preferences
{title} {title} {title}